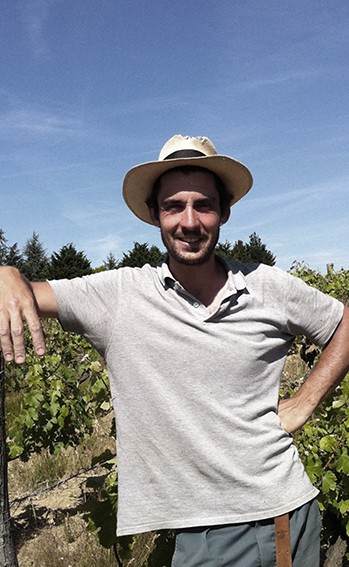 A native of Angers, Thomas Batardière was not born into a family of winegrowers. He first attended the Ecole du Louvre in 2001, then obtained his degree in anthropology in 2005 in Aix en Provence and was a videographer until he found himself in the world of wine. He started with winery work in Tours in 2007, and in 2008 he graduated as a sommelier while working with winemakers, selling natural wines, and of course, restoration work. He undertook his first real apprenticeship with Mathieu Vallée at Château Yvonne, while preparing his BP REA in Beaunes from 2009 to 2011. After his diploma and the three years of work with Mathieu Vallée, Thomas took off in 2012 by buying two hectares of old Chenin vines in the village of Rablay sur Layon in Anjou. Chenin, .85 from Grolleau and .15 from Cabernet Franc.